Just after a well earned Christmas break four boys and nine girls from Gainsborough Dolphins spent the weekend on 5th and 6th of January at the Boston Open Meet held at Grantham Meres Leisure Centre. The thirteen swimmers competed in a total of 89 events and brought home a tremendous  25 gold , 19 silver and 13 bronze medals, totalling 69 top three finishes!!! They competed in 50m, 100m, 200m and 400m events. All the swimmers performed extremely well for this time of the season and achieved lots of personal bests and some last minute county times ready for the March county championships. Well done to Aarron Smith, Christian Worboys, Ellis Worboys, Harriet Webster, Hollie Wilson, Lydia Smith, James Beresford, Loveday Beresford, Lucy Nicole Hame, Molly Creed, Sophie Leanne Hame, Tonicha Watson and William Walmsley. All swimmers were great in and out of the pool and a special thanks to Wendy Walmsley , Julie Wilson  and Mark Smith for helping on poolside.

On Sunday 28th October 2012 coaches Chris Webster and Tony Bindon took 16 swimmers to Beverley to compete in the South Axholme Halloween open meet. The competition was a B/C graded meet, which means ‘speeding tickets’ were issued if you swam faster than the fastest time for your age group, but that also meant there were plenty opportunities for coming in the top 6 and getting a trophy. There was a great atmosphere around the pool and all the swimmers cheered each other on to success.

The 3 boys and 13 girls, ranging from 9 years to 13 years competed in 58 races. Even though there weren’t many PBs on the day there were 17 top six placings and 3 speeding tickets. Those swimmers achieving top 6 placings were, Ethan Roslee, Regan Johnson, Ethan Burton, Ryley Johnson, Chloe Huddart, Lucie Blades, Lydia Waring, Emily Neal, Lily Talbot and Harriet Webster. A particular well done to Chloe who achieved a top 6 placing in four of her five races, and as a consequence came 2nd out of all the girls in the days swimming. Additionally a very well done to the other competitors Lottie Parkinson, Nicole Bindon, Katie Bindon, Hollie Watkins, Kathryn Fieldson and Poppy Fieldson who all swam very well in their races.

Well done to everyone

On Sunday 23rd September 2012 19 girls and 10 boys from Gainsborough Dolphins competed in the very popular and highly competitive long course meet at Ponds Forge, Sheffield . All the races were a straight 50m one length sprint. Our 29 gutsy swimmers competed in a total of 102 events. We had swimmers aged from 9 years to 17 years and most age groups inbetween. There were lots of personal bests achieved during the day in the heats and the finals. Our swimmers who successfully reached finals were Sian Saunders ( 9/10 yr Breaststroke), Chloe Huddart ( 9/10 yr Fly), William Walmsley (11 yr Backstroke, Fly and Freestyle), Bradley Janney( 14 yr Freestyle), Aarron Smith ( 14 yr Breaststroke, Backstroke and Fly), James Smith( 15 yr & over Breaststroke) and David Trickett ( 15 year & over  Breaststroke).Well done to all the finalists, particularly to David and Will who went away with a prestigious stainless steel teaspoon in the tradition of the local Sheffield Steel Industry for finishing in the top 3 in a final.

For  many of the 9 and 10 year old swimmers this was the first time they had competed in a long course competition and they thoroughly enjoyed the experience. Well done to all competing swimmers. We hope to see more than 30 swimmers in 2013!!!!

We have just returned from a weekend at the PGL. centre at Caythorpe, Grantham; that is Mr P, Chris Webster and 17 of our GD swimmers.

What a super time we had – climbing, swinging, jumping on all kinds of adventurous, purpose built apparatus.

Starting at 09:15 each morning we all enjoyed (I think) two morning activities and then two more in the afternoon.

One activity was ‘Trapeze’ where a climb up a rounded pole with pegs suitably inserted was followed by a leap off the top platform (the size of a large dinner plate).

The ‘leap off’ was about 1.5 metres, the ground being 10 metres below, to catch a trapeze swing. Chris had a go but I claimed vertigo for remaining at ground level.

Archery was fun, where one of our groups according to the instructor, broke a record for the highest score at the centre.

Raft building was successful at first but the launching was rather disappointing – upside down with everyone in the water had not been the aim.

Some of the best activities encouraged groups to get all their members to the top. Co-operation was needed between the members. The team spirit shown here was magnificent. Jacobs Ladder was ideal for this. To see four people at the top of a 15 metre structure with raised fists signalling success was a rewarding moment.

How did the 17 GD swimmers manage a place at PGL when there are a lot more members in the club?

In March there are always County Competitions. There are certain times which must be achieved to compete in these county age groups. This year we had 34 successful competitors but because of other commitments only 17 could manage the weekend of 17th August. To enjoy a treat with Mr.P and Chris you have to work hard at your swimming and qualify for the County Competition in March. Entries have to be in by early January so work hard from the beginning of the new swimming season – September. Let us beat last years qualifying total of 34.

We do not always go to PGL. Last year we went by coach to London to see The Lion King.

Where should we go next year? Qualify for the Counties and let me know where you would suggest! One already received (from someone that has already qualified for next year) is to go to a swim camp in Portugal or Majorca! (Buy your sun cream now)

Take a look at the photos of the visit…. 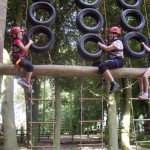 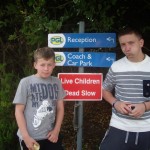 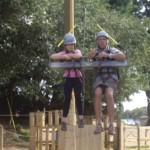 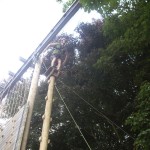 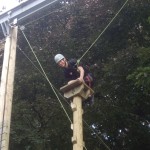 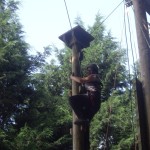 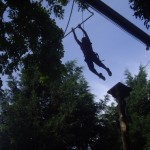 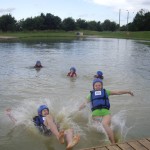 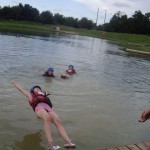 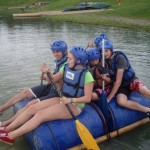 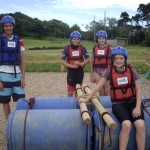 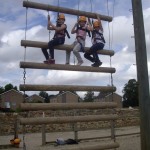 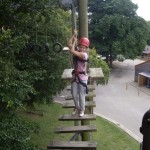 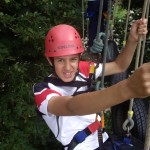 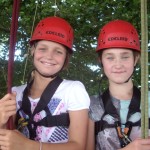 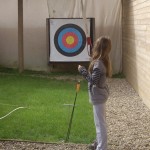 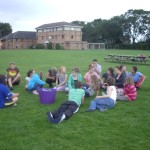 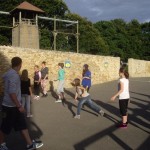